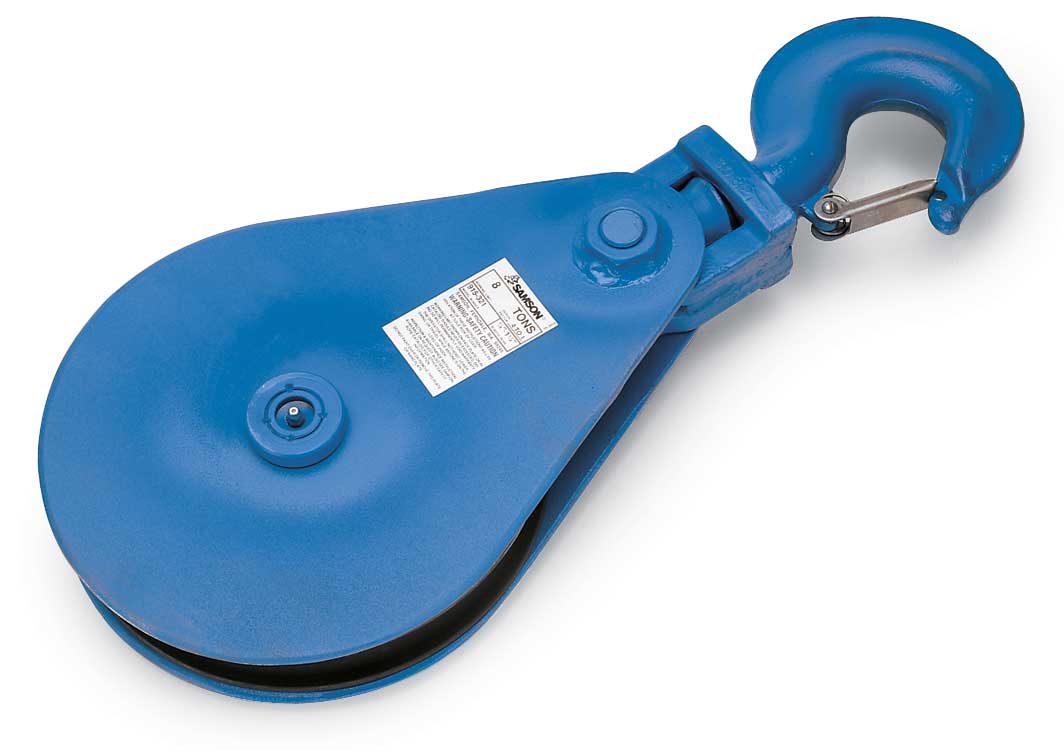 A pulley system to aid with winching. Snatch blocks are commonly used in the lifting and marine industry, since they are a simple mechanism to extend the lifting capacity of winches.

The unit is essentially a pulley block assembly which opens to allow the easy connection of a looped rope or cable (known as the ‘bight’) rather than having the lengthy task of threading the cable. The block itself or ‘sheave’ is a wheel with a grooved edge which carries the rope or cable. The side plates or ‘cheeks’ house the wheel assembly.

Using a snatch block can effectively allow you to double the line which in turn doubles the lifting capacity of the snatch block and winch arrangement. A single snatch block or multiple snatch blocks can be deployed in conjunction with a winch to maximise lifting load capacity.